The colour Red  represents that core values that Lim Siang Huat has upheld since its inception. It signifies that strength and determination to achieve all goals, overcome all adversities and also emodies the passion of all employees of the company.

The two Red crests forms the shapre of two rudders joined together. This signifies the staff and management steering the same direction to achieve the company goals.

The tip of the two RED crests represents that company's continuous efforts to expand into new markets.

The colour Blue, which encapsules the colour red, represents the qualities that enable Lim Siang Huat to build upon its core values to delivery tangible benefits and quality care to all its customers and stakeholders. The prized qualities are of trust and confidence.

The company's logo was updated in 2011 with a new tagline that says "Great F&B brands since 1940" as it shows that the company has been delivering quality products to it's customer since it's inception. Moving forward, it will continue to maintain and delivery exceptional quality to it's customers. The tagline also reflects the company's strong heritage and it's promise to continue that heritage.

The brand logo has only been gently evolved over the last 82 years because that value behind the brand has remain the same.

The founder of Lim Siang Huat - Mr Lim Mui Er (林美誉) came to Singapore alone from China when he was only 13 years old because he wanted to explore the opportunities outside China.

Beside having the spirit of an adventurer, Mr Lim Mui Er was also very entrepreneurial.

He worked as an office boy and 10 years later at age of 23, he saved enough money to start his own business.

It wasn't smooth sailing all the way. There were many ups and downs in the early days. However due to his upright character, many of his friends lent a helping hand.

Mr Lim Mui Er was also very determined because his father in China died of starvation during the Second World War and as such, he vowed to work hard so that he and his family will be provide for.

The company was named Lim Siang Huat because of his vision for the Lim family to bring the sound of prosperity to everyone around them. "Lim" 林 is the family name "Siang" 声 is the Chinese word and "Huat" 发 is the Chinese for prosperity.

The first Lim Siang Huat Grocery Store was born to serve that need. It was a humble store but through the hard work of Mr Lim Mui Er and his relentless pursuit of the "Under-Promise and Over-Deliver" work ethos, the company grew steadily. 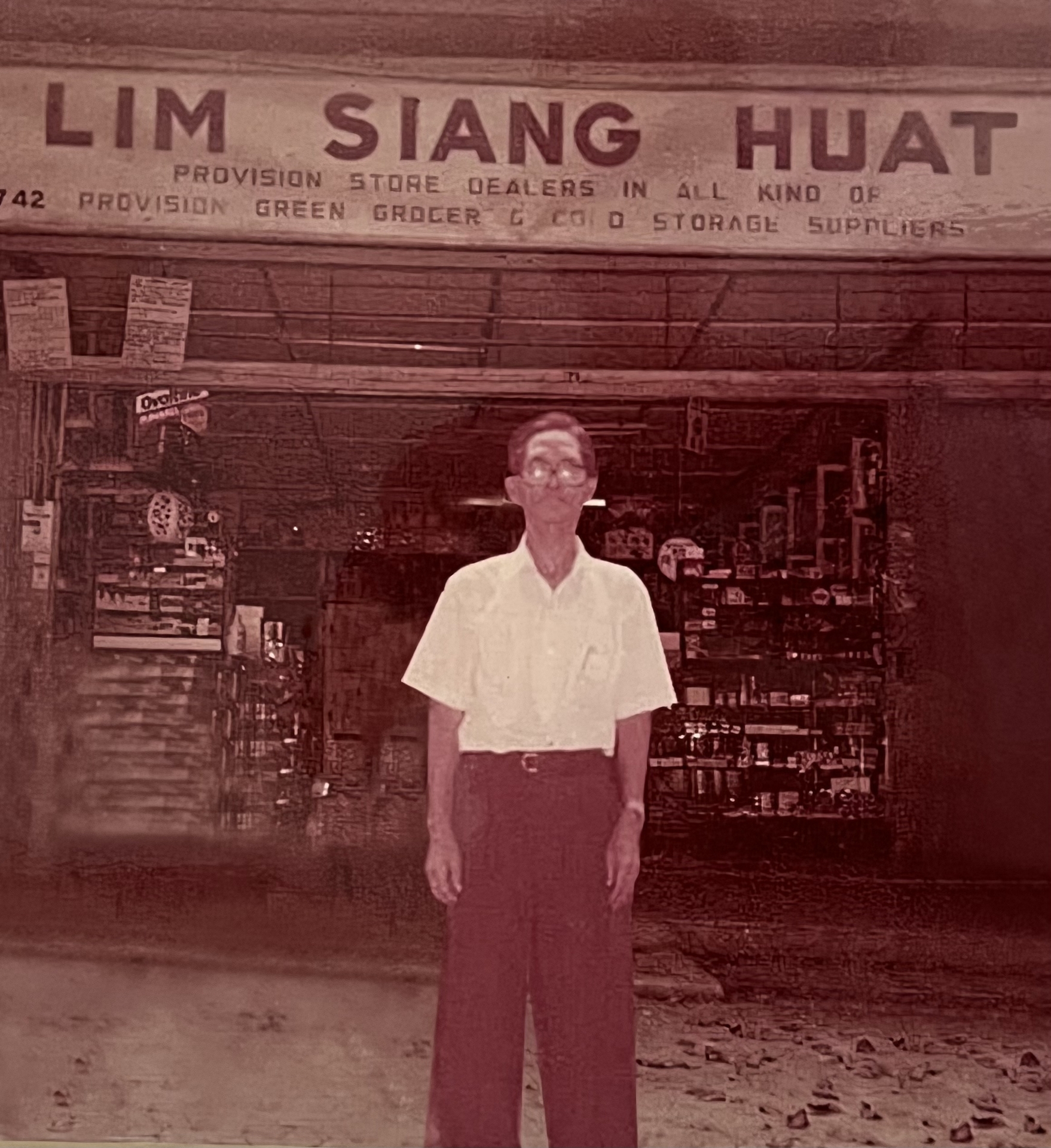